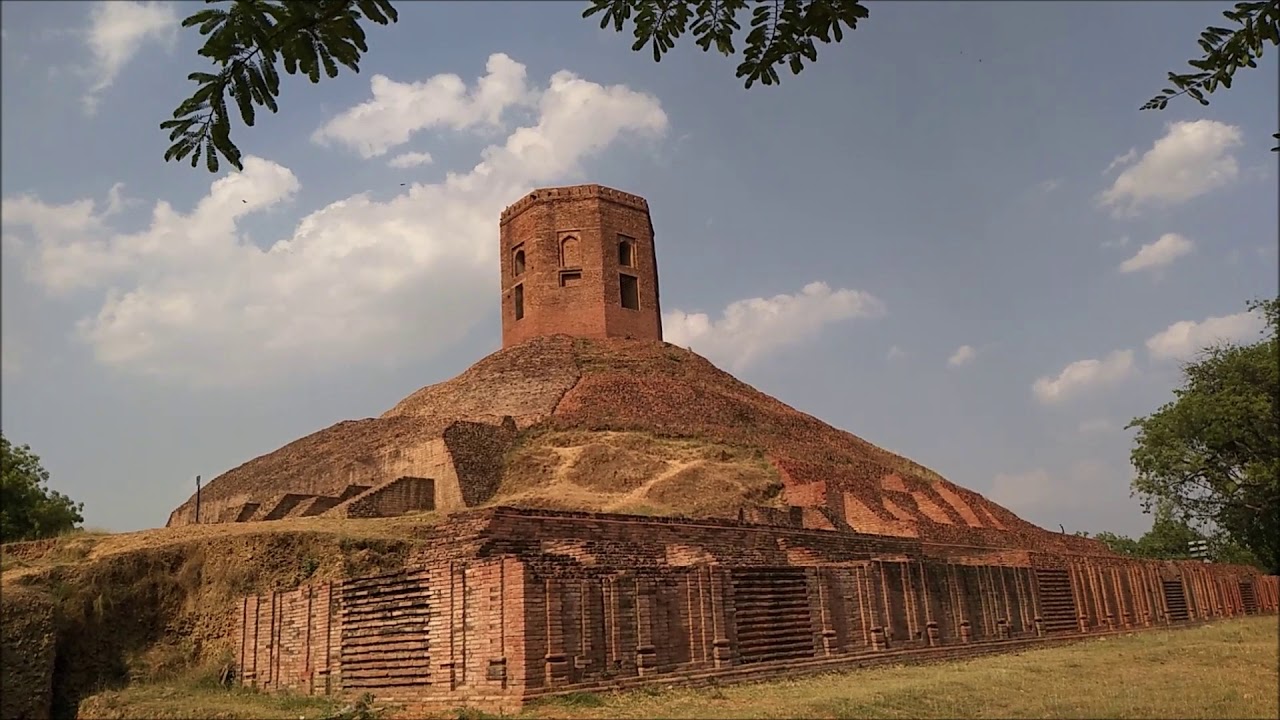 Sarnath in Uttar Pradesh is famous for Lord Buddha. Prominent tourist attraction in Sarnath is the Chaukhandi Stupa which is 13 kms away from Varanasi and is one of the finest monuments.

Chaukhandi stupa is on the way to deer park and this is the place where lord Buddha has preached his first religious talk. This stupa acts as a gateway to the city of Buddhists. When seen it is in between the greenery and our mind becomes so pleasant and calm.

As we go into the history of this stupa, it is said that this is built during the Gupta period. This stupa is built of bricks with its square edifice surrounded by an octagonal shaped tower. When Buddha arrived from Bodh gaya to Sarnath, he gave his first teachings to five disciples. The shape that is present now to the stupa is given by Govardhan, who is the son of a king Todarmal.